Even the most prestigious tennis clubs are expanding the availability of padel courts, even in bad weather conditions. Thus the Versilia tennis club has added an indoor padel arena to the already existing outdoor fields. 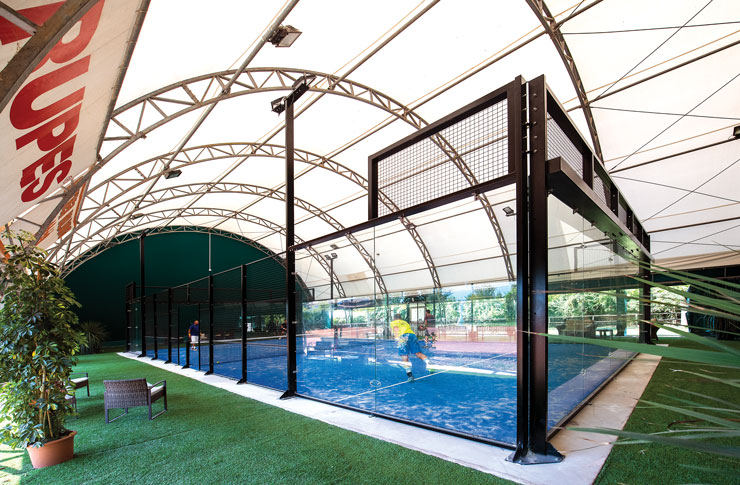 Tennis Italia is a sports center located in Forte dei Marmi, one of the seven municipalities of Versilia. The structure consists of seven lighted tennis courts with clay surface and three padel courts, one of which is covered. The latter facility was built in 2021 for the need to offer guests the opportunity to play even in the bad season, as explained by the president of Tennis Club Italia Sergio Marrai.

Given the exponential growth of this sport, it was necessary to also install an indoor court to ensure the continuity of the game in the winter months. Like the previous two already existing ones, this court was built by Eurosquash but it was entirely constructed in Italy while the other two were built in Spain. The new covered court, unlike the two existing ones, is panoramic, therefore without vertical reinforcement structures. To make it safer and ensure greater solidity, laminated glass has been used.
The surface of the field is made of fibrillated blue synthetic grass filled with quartz sand; the field is illuminated with a system of 8 LED spotlights.