SPORTFIX®CLEAN filters out the smallest particles

Founded in 1999 in Osimo, HAURATON Italy deals with drainage, treatment and dispersion of rainwater with the aim of making our territory safer for a common well-being.

The Mission of HAURATON Italy is to educate all professionals on the importance of drainage, treatment and dispersion of rainwater in all areas: roads, highways, ports, airports, formula one runways, sports facilities, IAAF accredited athletic tracks, tennis courts, swimming pools, etc..

HAURATON has a whole range of products at its disposal for the sports sector: the SPORTFIX line conforms to the international IAAF guidelines.

Thanks to over 60 years of experience, the HAURATON GmbH group, founded in 1956 in Rastatt, Germany, has carried out numerous prestigious projects in airports (Pisa, Bergamo, Aviano, Ancona, Bologna, Lamezia Terme, Capodichino, Milan, Pescara, Mexico, Istanbul, Frankfurt, etc.), on various roads and motorways, but especially in many national and international stadiums. The company has been the official supplier for all the stadiums where the football world championships were held in 2014 in Brazil, in 2018 in Moscow and the European championships in Poland in 2012. 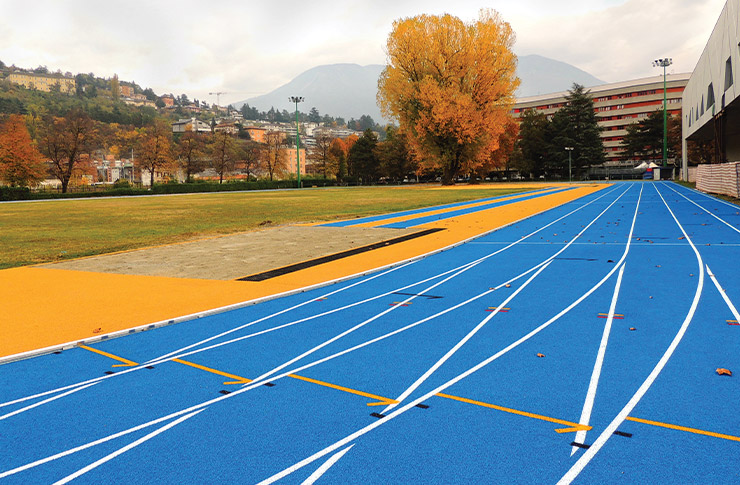 Domo® Sports Grass for the “miracle pitch” at Corviale