40 years after its official birth, it is an undisputed Italian leader in the design, production, sale and rental of modular stages and stands, and many more… 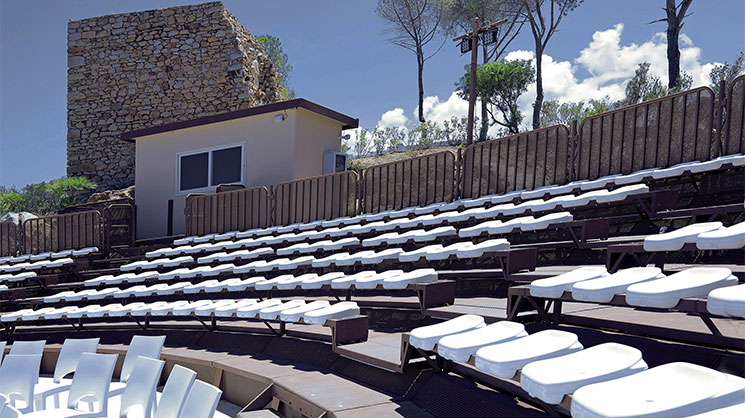 When Mario Orlando set up his own small business in 1964, he was simply armed with his extraordinary creative intuition and enthralling enthusiasm.

Already at that time the creator of countless patents, he initially worked only in the production of equipment for the world of construction (scaffolding and equipment). But the official birth of Mario Orlando & Figli Srl is a few years later. It was in fact in 1979 that Orlando saw the possibility of expanding production in areas other than construction: so began the design of modular systems “inspired” to the modules for construction and transformed into brilliant solutions for the world of entertainment and sports (stages, roofs and grandstands in deciding on possible variations).
Today Mario Orlando & Figli, 40 years after its official birth, is an undisputed Italian leader in the design, production, sale and rental of both modular stages and stands, platforms, solariums, roofs, road barriers and panic barriers, gazebos and stands for exhibitions and fairs …, both of modular solutions for the building industry such as scaffolding, cantilever bridges, shoring, formwork. One of the best examples of “Total Made in Italy”. A constant growth, guided by the unceasing comparison with the expectations of the customers, still allows the team to maintain a high dynamic spirit and a particular attention to innovate, from construction techniques to the choice of materials, from compliance with regulations to the attention to detail of the finishes, which is also reflected in future objectives.