On the occasion of the 2019 Asian Cup, one of the stadiums in the capital of the Emirates has renewed the image and comfort of spectators with the installation of over 16,000 seats, produced in Italy. 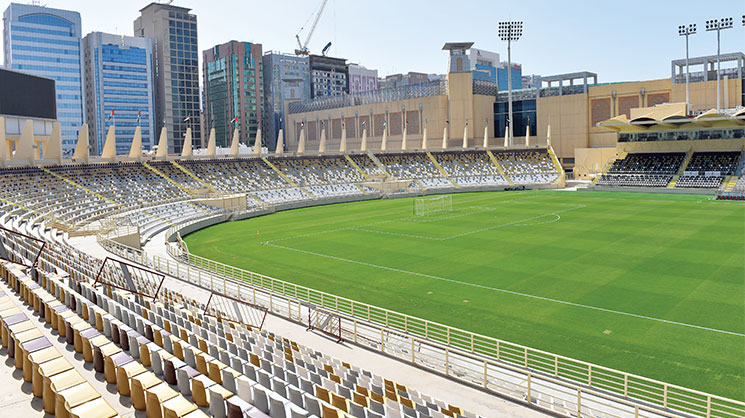 The Al-Nahyan Stadium is one of the football facilities in the city of Abu Dhabi, built in 1995, currently housing the home matches of the Al-Wahda Sports Cultural Club.
Its structure includes a covered grandstand on the north side, while the opposite curves and steps are uncovered; the playing surface is made of natural grass.

If the stadium is intended for Al-Wahda home matches, this year it was the venue for five of the 51 matches played in the Asian Cup between 5 January and 1 February.
The seats on the bleachers and grandstands of Al-Nahyan have been renovated with Italian Omsi models.
The most extensive intervention naturally concerned the bleachers, where an appropriate distribution of the four shades of color has allowed to create an image that slopes like a cloud of sand lightening from top to bottom.

There are 14,500 bucket seats with double high backrests, with an ergonomic design.
For the seats in the grandstand, 1,440 FIBA approved folding seats have been prepared, most of which in the version with armrest.