The Republic of San Marino, with 33,000 inhabitants distributed in nine “castles” on a territory of 61 square kilometers, has 12 football fields recognized by the San Marino Football Federation. 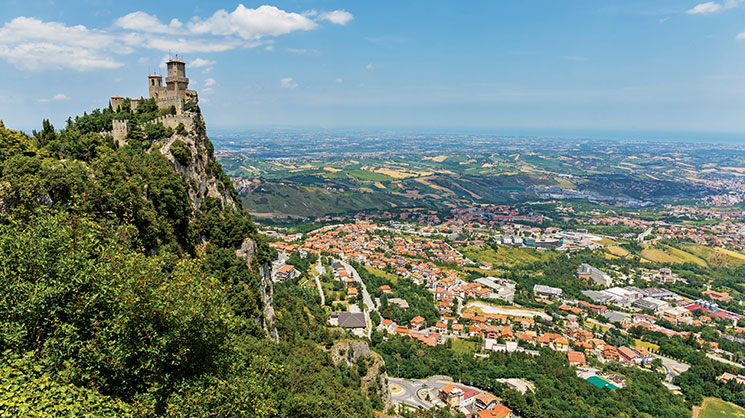 In June, the 22nd edition of the European Under-21 Football Championship will be played in Italy, and the cooperation agreement with the San Marino Federation has allowed the San Marino Stadium to be added to the Italian stadiums that will host the competitions.

San Marino has proceeded with the renovation of the stadium where the matches will be held, and on this occasion has started the adaptation of two other facilities – Domagnano and Serravalle B – and the construction of the new field Acquaviva.
The San Marino Stadium is the largest football stadium in the Republic. Completed in 1969 and modernized in 2014, it is equipped with a service tower on three floors, as well as all the space necessary for football commitments at international level, with the north grandstand dedicated to the needs of the media. The total capacity is 7,000 seats.
Since 2009, the field has been equipped with a hybrid turf, which it was decided to replace after nine years. The hybrid system involves the laying of a mantle of synthetic grass in which plants already rooted in natural grass are inserted.

The synthetic turf has a protective function towards the plants of natural grass, whose roots grow below the primary sheet while maintaining a perfect oxygenation and permeability of the top soil. The protection extends from the crowns to the root system and, thanks to the interweaving that originates, prevents the tearing and lifting of clods that can occur in a field of unprotected natural grass.

In 2018, an underground car park was built on the Acquaviva sports centre area, which led to special measures being taken to recreate the football pitch, rebuilt above the reinforced concrete slab and inaugurated last January.
First of all, the entire concrete surface had to be waterproofed and the drainage water had to be channelled towards the holes in the concrete slab. The playing surface consists of a 60 mm high synthetic grass surface, the filaments of which have a special corrugated surface that ensures, among other things, the constant return of the fibre to a vertical position after stepping on. The performance infill is 100% organic.
On this occasion, the Domagnano field was also renovated, still with a synthetic turf; the tender to renew the sports field called “Serravalle B” was also announced

Construction of a soccer field in the Acquaviva area (RSM)