In cooperation with the University of Sport in Cologne, Conica, the specialist in sports flooring, has created the conditions for new sprint records with the new Vmax athletics tracks. 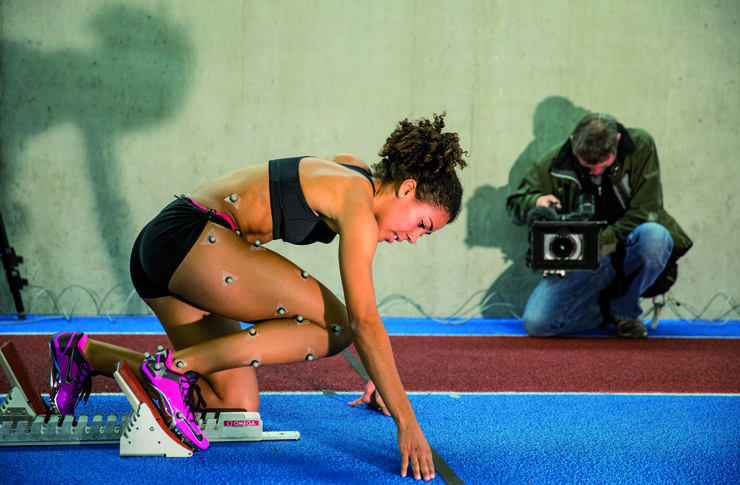 Line Mujinga during biomechanical tests in the training room of the Letzigrund stadium on the new Vmax surface (ph. Patrick B.Kraemer).

For all areas of professional sports, it is not only the performance of the athletes that counts, but also the material used for the sport or that on which the sport is carried out: Be it high-performance bicycles in cycling or state-of-the-art shoe material and an optimal pitch for soccer. The material is also a decisive factor in track and field. In cooperation with the German Sport University of Cologne, the sports-flooring specialist Conica from Switzerland has provided the conditions for new records in sprinting with the Vmax athletic tracks

What differentiates Vmax from other athletic tracks?

The main aim of the Vmax-athletic track is to support sprinters in their movements. The foundation for this is a two-layer structure with a top layer and a base layer. The top layer has a resilient (rigid) surface, which supports the athlete by directing the energy in the right direction. The base layer is force-stabilizing and only absorbs the athleteâ€™s energy to a limited extent, or gives it directly back to the athlete via compression, thus ensuring fast and controlled forward movement of the athlete. This leads to reduced energy expenditure in the start and sprint phase and enables the sprinter to achieve maximum running performance up to the finish line.

The base layer, which is softer and more elastic, has embedded air-pockets that give the athlete the expended energy back after the compression. This works like a â€śkick-startâ€ť, which helps to catapult the athlete forward. Conica expects that the speed of sprinters will be increased by up to 10% with the help of Vmax. This is the result of studies carried out in cooperation with the German Sports University of Cologne.

A further advantage of the Vmax athletic track is its outstanding resilience with minimal deformation. This protects the musculoskeletal system of the athletes and ensures stable footing. This is an important factor in competition with competitors in close proximity to each other in order to help prevent, e.g., stumbling or falls during contact.

Furthermore, Conica has chosen a differentiated system structure that distinguishes between the acceleration phase at the start and the holding phase during the sprint. This will probably result in the fastest possible setting for an athletic track system for the short distance (100 m) at present.

Dr Steffen Willwacher from the Institute of Biomechanics and Orthopaedics at the German Sports University of Cologne tested the Vmax and came up with the following assessment: â€śFollowing our applied material tests as well as bio(mechanical) tests, which we carried out with a top athlete, we have found that the Vmax athletic track provides the conditions for running fast â€“ especially in the acceleration phase. Runners can better apply horizontal forces on Vmax, increase the pace faster and ultimately achieve higher speeds.â€ť

Vmax also offers sporting facility operators an added bonus: The exceptionally high mechanical properties of the top layer ensure maximum resilience and durability of the athletic track. It is therefore suitable for multifunctional applications and events of world-class level. This also applies to other burdens besides sprint events â€“ for example, if the site is used for concerts or similar large-scale events.

Vmax has passed all necessary technical tests and certifications: IAAF certification, EN 14877, DIN 18035, ASTM 2157, as well as biomechanical tests at the German Sports University of Cologne (certification reference project Class I, II). Moreover, the Conica Vmax has already been installed and tested under extreme weather conditions in the stadium of the Indian city of Gurugram. The ambient temperatures were usually between 30 – 40 degrees Celsius, and the temperatures of the athletic tracks were even between 40 – 60 degrees Celsius. Vmax has proven its resilience and performance even under these harsh conditions. 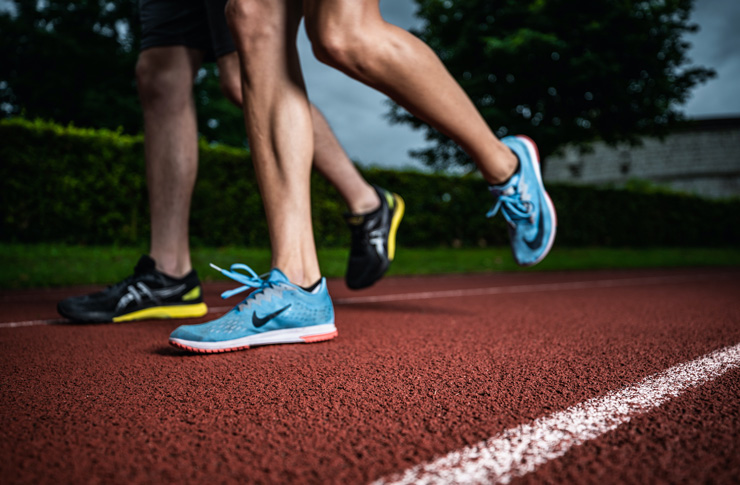