The intervention, which we have already seen in the pipeline on Tsport 339, is now completed. 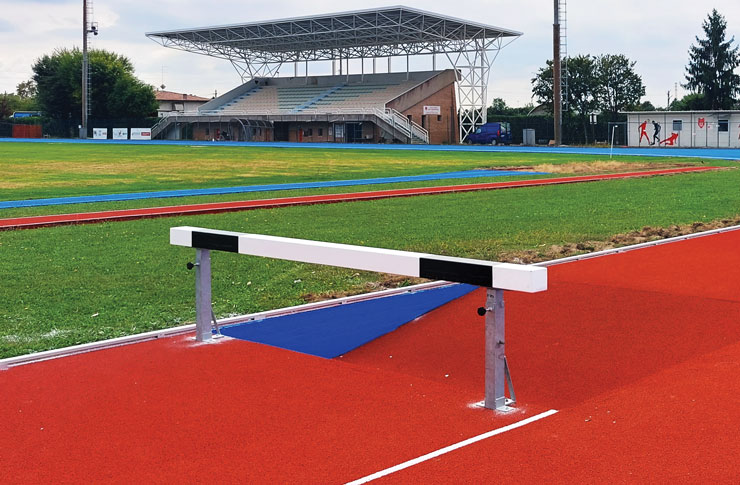 The project set itself the objective of upgrading with a major renovation of the entire sports facility dedicated to athletics, remodelling the track, improving the platforms, increasing the paved spaces to allow the warm-up of athletes during competitions, especially when concurrent.

In addition to being badly cracked, the flooring did not meet the technical requirements for approved tracks, which meant that regional and/or national events could not be held.
The only possible solution that did not disrupt the existing surface was to create a new sloping underlay by laying a 3 cm asphalt mat on top of the existing surface.
This forms the basis for the sports floor, an IAAF approved Regupol AG surface.

This consists of a layer of prefabricated rubber made in rolls with constant and uniform performance, with a thickness of 10 mm.
The final surface layer with a nominal thickness of 4 mm is carried out by a first layer of levelling of the prefabricated SBR mat with a two-component polyurethane skim coat, and the subsequent application of a second layer with a continuous polyurethane coating, resistant to nails; the surface finish is carried out by manually seeding granules of coloured EPDM rubber.
To complete the whole, there are markings made with white polyurethane liquid for the lanes and coloured for the various intermediate starts provided for by FIDAL regulations.