Ten years have passed since the earthquake that struck the territory of L’Aquila on 6 April. Since then, the slow mechanism of reconstruction has been followed by two other serious seismic events, which draw a complex and articulated scenario in which a constant state of emergency is perceived.

But on the other hand, more than 50% of the national territory is at high seismic risk, not to mention the percentage of Italian municipalities with areas of high hydrogeological vulnerability, the continuous ecological fragmentation resulting from land consumption, never stopped despite the general economic crisis.

â€śFragile Italy” was also a subject of the seventh National Urban Planning Review organized by INU at the beginning of April, as one of the “four views to tell the future characterized by an unstoppable urbanism of populations”: no doubt that the high vulnerability of the country requires actions of adaptation and prevention to address social and economic development projects in conditions of significant structural fragility.

During dedicated seminars, the tools and plans in place in the different local realities for the purpose of vulnerability measurement, security engineering and landscape protection were discussed.

In the special report dedicated to post-earthquake reconstruction we will talk about sports facilities within the emergency system, but remember that the sports infrastructure, however small, is always, and nothing more, than an element to be placed on the territory, with all its urban, landscape and structural implications. 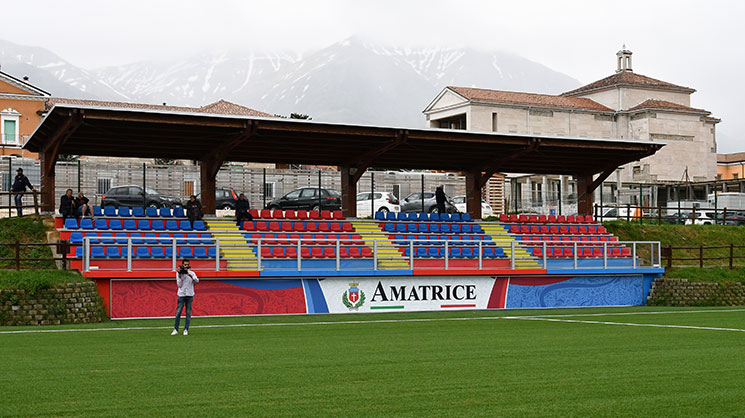